Driving while fatigued can be as dangerous as driving while under the influence of alcohol. Both affect driver reaction times and impair driver judgment. Truck drivers and commercial drivers are particularly vulnerable to fatigue because their jobs require them to work behind the wheel for long hours.

As a result, there are stringent guidelines regulating how many hours a truck driver can work each day. These hours of service regulations are established by the Federal Motor Carrier Safety Administration (FMCSA), a division of the U.S. Department of Transportation. By limiting the hours truck drivers can operate in a given period of time, they help to reduce driver fatigue and improve safety for truck drivers and commercial drivers on the road. Nevertheless, these regulations are frequently violated causing devastating accidents.

There are specific exceptions to these rules to account for things like unexpected weather conditions and time spent in sleeper berths; however, these rules should otherwise be followed to prevent driver fatigue.

While it is mandatory for drivers to keep records of their hours, it is not unheard of for some commercial truck drivers to fabricate log books if they go over the maximum hours allowed. Drivers may do this to make more money if they get paid by the mile or if their company offers rewards for finishing a job ahead of schedule. In some instances, employers may even encourage truck drivers to break over hours limits. When this happens, commercial drivers are more likely to become fatigued and pose a significant danger to people on the road.

After a semi truck accident occurs, it’s essential to determine whether fatigue was a contributing factor. Therefore, the driver’s log books become an important piece of evidence since they will indicate whether the truck driver was in violation of the law during the time of the crash. It is not unusual for these records to get altered or lost before they make it to court. That’s why it is important to contact an experienced commercial truck accident attorney as soon as possible to help secure this evidence.

If you have been in a truck accident in Tampa, contact the Capaz Law Firm to speak with an experienced semi truck accident lawyer today. We will fight aggressively to hold the at-fault party responsible and get you the compensation you need to recover. 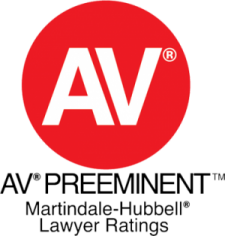